Compute Interest for FY10 and FY12?

Ms. Mary Brown is a credit rating analyst. She had prepared a detailed report on one of her client, FlyHigh

Airlines Ltd, a company operating chartered aircrafts in India. As she was heading for a meeting with her superior on the matter, coffee spilled over her set of prepared paper(s). As she was getting late for meeting, instead of preparing entire set she could recollect few numbers from her memory and reconstructed following partial financial table: 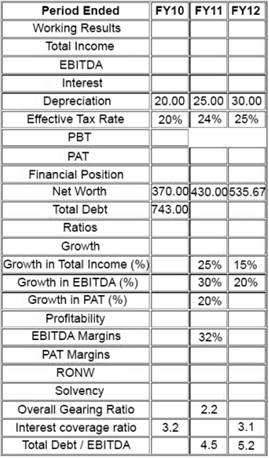